Chlamydia(Chlamydia infection) is a common sexually transmitted disease (STD or STI) caused by the bacterium Chlamydia trachomatis. It can be easily cured. However, if left untreated, it can cause a serious, permanent damage to a woman’s reproductive system. The final result could be the inability of woman to become pregnant. Since most people who are infected have no symptoms, it is recommended to test for Chlamydia if you have a partner. 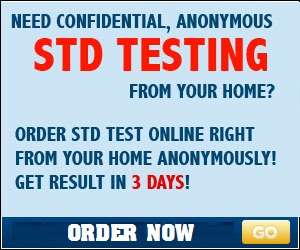 Chlamydia tests are used to determine whether the person who is being tested has chlamydia infection. The advance in technology has helped us find much easier and more reliable way to diagnose the disease.

There are various types of Chlamydia tests.  Nucleic Acid Amplification Test (NAAT) is commonly used in medicine and it is the most reliable test. NAAT is a molecular test that detects the genetic material (DNA) of Chlamydia trachomatis. NAAT is successful in over 99 percent of cases.

NAAT can be performed on a vaginal swab of women, or urine from both men and women. The urine test requires you to take between 20mL and 30mL of the first urine stream. Sometime chlamydia test become inconclusive.

Other than the NAAT, there are also Chlamydia tests which include culture, which grows the bacteria.

There are also Direct Fluorescent Antibody Stain (DFA) and DNA probe tests for Chlamydia, but they are rarely used due to the lower efficiency.

Can I Test For Chlamydia at Home?

Yes, you can. If you are not brave enough to visit your doctor and share your worries with him, there’s another way. Testing for Chlamydia at home isn’t a difficult task to do. Basically, all you need to do is buy an STI (Sexually Transmitted Infection) test. It is easy to find an STI and Gonorrhea test kit online, so make sure you purchase it as soon as possible.

How Does Home Chlamydia Test Work?

After your same day Chlamydia test kit arrives, open the kit. Men’s kit is a urine test, whereas the women’s one comes with a cotton swab.

Your kit will contain two plastic bottles of a different size. Follow the instructions on the leaflet that comes bundled with the kit. Try to fill half the bottle at least.

Your kit will contain cotton swab. Wash your hands before taking the sample. Gently wipe cotton swab over the area that might be infected, such as the vagina.

After you’ve successfully followed the instructions, write your personal details on the label. Send your samples back to the lab via the freepost envelope. You’ll receive the result within the few days. The results of home chlamydia test are purely confidential, so no one else except you will be able to access them.

Chlamydia is more widespread disease than you’ll probably guess. Due to its nature, it is difficult to find out whether someone’s infected. If you’ve been changing many partners recently, it’s advisable to visit your doctor or prevent the disease to occur by using preservatives. This is how you can recover from Chlamydia without going doctor.

As you’ve found out today, testing Chlamydia at your home isn’t nuclear science. Note that Chlamydia isn’t a dangerous disease. However, it shouldn’t be completely ignored. As the older people would say, “Better to prevent, than to treat”!

2 thoughts on “How to Test For Chlamydia at Your Home”